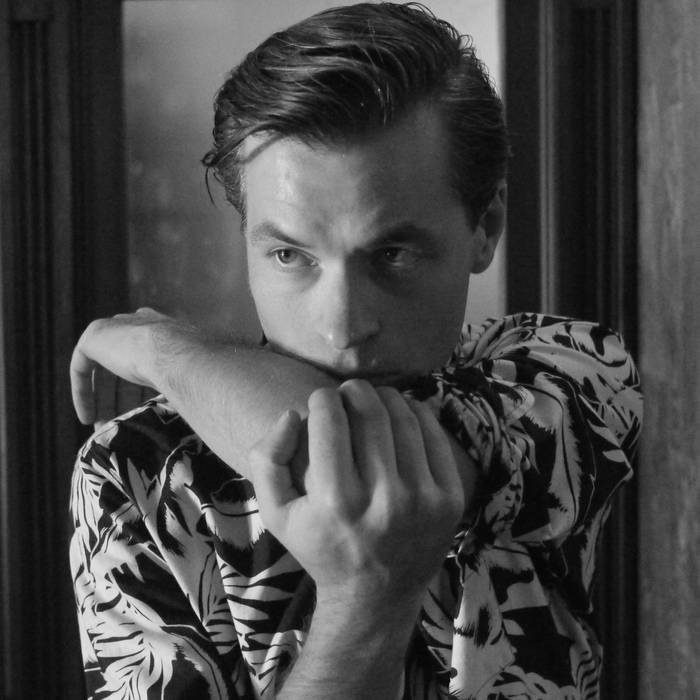 “Los Angeles is 72 suburbs in search of a city,” said Dorothy Parker. Emily Mortimer called it “the beauty parlour at the end of the universe”. You don't need to tell Vancouver based multi-instrumentalist Nicholas Krgovich. His sleek future-pop has revelled in LA's twin beauty and darkness for years. That “unknowable sprawl,” that “twinkling land of dreamers and desperation and ambition and beautiful weather,” as he calls it, was the backdrop for last year's cult acclaimed solo album On Sunset. Now comes another set of twilight tales of darkened boulevards and sun-soaked mansion pool-sides, and the ghosts and eccentrics who inhabit them. The Hills is 12 tracks of analogue synths, intricate melodies, lush strings and slinking rhythms, as labyrinthine and intoxicating as the city that inspired it.

Krgovich – best known for his work with No Kids, P:ano and the 1960s girl-group influenced Gigi, and for collaborations with the likes of Mount Eerie, Nite Jewel and Dirty Projectors' Amber Coffman – began writing The Hills in a snow-covered hut in the Rocky Mountains in the winter of 2008, before taking to a relative's lake house to write more. “I would write every day all day and then make dinner and watch 30 Rock at night,” he explains. Influenced by “what I guess people call sophistipop – Prefab Sprout, Talk Talk, The Blue Nile, Sade, music that makes me feel like I'm in the backseat of the car when I was a kid and it's raining”, Krgovich gradually found songs coming together that told the stories of an “amalgam of characters that are at times acting out feelings or thoughts I've had. But often they're off on their trip.”

The result is a companion piece to On Sunset that careens through ideas and sounds with invention to burn. 'Sunset Tower' breezes by like a ghost through the Roosevelt Hotel's lobby until it reaches its almost Annie Lennox-like vocal crescendo, with its intimate poetry ("I'm leaving the party alone, finding the entrance to the park") upon a stately piano figure. Then there's title-track 'The Hills' – all cinematic blooms of violin, until Solange-style vocals from Sufjan Stevens collaborator Nedelle Torrisi send it spinning into new territory. 'Mountain of Song' pivots on a deliciously 1990s hip-hop beat, layering brass over lyrics about “being in a place where everything should be lining up but none of it does. So you just kind of simmer in that feeling, letting it win,” says Krgovich.

Elsewhere on The Hills, there are moments of feather-delicate baroque darkness ('Written In The Wind'), muted 1980s R&B ('Lookout Point') and slap-bass wig-outs packed with atonal horns ('Out Of Work Jazz Singer'). If all this sounds eclectic, well, this is a man after all who as a child recreated the Phantom Of The Opera in his basement after family dinners, who bought his first cassette (Madonna's 'Like A Virgin') aged four and who later discovered and devoured the thrills of everything from grunge to 90s RnB. “I almost liked all music as a rule when I was young. No filters, no discernment,” he says now. Listening to the brilliantly varied The Hills, it seems not much has changed.

Recorded with Colin Stewart (Black Mountain) in Vancouver at The Hive Studios, and mixed with John Collins (Destroyer, New Pornographers) at his JC/DC Studios, The Hills is something that Krgovich simply “wanted to share. In case people can get something out of it.” “The hills around the city, how they catch the light on warm nights, like when out of work actors go dancing and notice nothing of the kind,” he sings over avant-garde strings that leer from sad to sinister on the album's melancholy closer. “I know I'm them sometimes.” A gorgeous head-rush of a trip through LA's starry den of delinquents and successes, The Hills is an album full of faded dreams, and somewhere you'll want to get lost in again and again.

This is an NK WORLD SERVICE production.