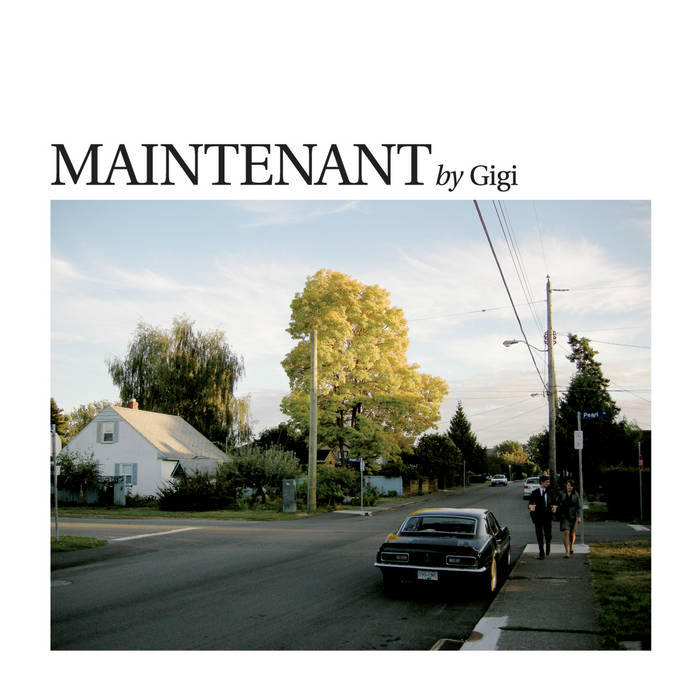 GIGI is the recording project of Vancouver-based songwriter Nick Krgovich and producer/engineer Colin Stewart. In the spring of 2005 Stewart acquired two huge vintage plate reverbs and, eager to use them in a way that befit their history, he asked Krgovich to come up with a couple songs in the vein of classic Phil Spector/Brill Building pop hits and invited a large group of musician friends into the Hive Studios to record the songs live-off-the-floor. The results of that night were amazing, inspiring a string of recording sessions that took place over the following 3 years, collected here on GIGI's debut album "MAINTENANT".

Capturing the spirit of the pop music that flooded the hit parade in the early 60's is a tall order, and the songs on "MAINTENANT" decidedly develop a world and language of its own. With a reverent eye on the past and a deep respect for the airtight songsmithery of artists like Ellie Greenwich, Jeff Barry and Shadow Morton (among countless others), the songs aren't content to be throwback-y pastiches or polka-dotted retro workouts but rather stand as attempts at working within a specific and incredibly rich tradition of pop music production. There is something deeply satisfying about bringing together a large group of singers and musicians, cramming them into the studio, running through a song a couple times and then hitting "record". The shape of the songs forming on the fly and being coloured by the entire group, the intent and heart of the song crystallizing as the tape rolls. By the same token, the charming flubs and missed cues swirling in a dense cloud of reverb revealing sublime harmonies, soaring brass, and all the bells and whistles one might expect from a Krgovich/Stewart helmed project.

Produced, recorded and mixed by Colin Stewart at The Hive Studio, May 2005-August 2009. All songs written by Nick Krgovich between May 2005 & November 2007. Published by Shopping Music/NW1. Mastered by Stuart McKillop. Cover photography: A Local Tree (for Peter Culley) 2007 by Jamie Tolagson. Art direction by Jan Lankisch.